The Green Organic Dutchman Holdings Ltd. (TGOD) said it will buy 100% of HemPoland, maker of fast-moving CBD brand CannabiGold, in a deal that values the Elblag, Poland-based company at $15.5 million.

The agreement to acquire privately-held HemPoland comprises $7.75 million in cash and 1,968,323 in restricted TGOD shares currently valued at $7.75 million, TGOD said in a release. TGOD, based in Ancaster, Ontario, Canada, trades on the Toronto Stock Exchange and OTC in the U.S.

Additionally, the sellers can get performance based incentives of up to $12 million for delivery of $32 million of EBITDA in fiscal year 2021, according to the release.

TGOD called the acquisition a “key component” in the company’s drive to expand its global distribution network. “Gaining market share with CBD products now, in the EU, with over 700 locations allows TGOD to establish immediate brand awareness across all verticals including infused beverages,” TGOD’s CEO Brian Athaide said, noting the deal opens “a gateway to Europe’s 750 million people.” 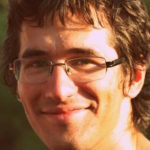 “Having access to TGOD’s capital, licensing deals, experienced leadership team, and intellectual property will significantly drive momentum for our brand and our company.”said Maciej Kowalski, Founder and CEO of HemPoland. “The market and demand for premium organic cannabis and CBD oil is just the beginning, ultimately leading to a variety of higher margin products,”

His company’s CannabiGold brand CBD products have expanded into 13 markets over the last two years. The products are turned out via state-of-the-art CO2 extraction technologies, while an on-site laboratory monitors for standards and quality.

The Green Organic Dutchman Holdings Ltd.,  is an R&D company licensed under Access to Cannabis for Medical Purposes Regulations governing the cultivation of medical cannabis in Canada. The company grows organic cannabis at facilities in Ancaster.