By Brian Houlihan | HempToday
The Irish hemp industry continues to grow steadily, with 230 hectares (570 acres) of hemp sown this year in comparison to about 77 hectares (190 acres) in 2017. That’s an increase of 200% in 12 months. Likewise, there’s been almost a 50% increase in the number of licenses issued to grow hemp in Ireland in the last year. 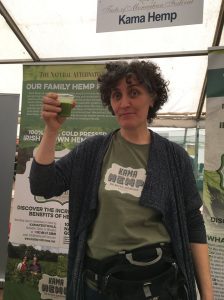 Two Irish hemp entrepreneurs eyeing the global market for their products are Kate Mullaney and Marcus McCabe. The couple has worked in the hemp industry since the early 2000’s. Around 18 years ago they built their office using hemp and since then have assisted on numerous home renovations with based on the material. Initially, they focused on hemp building materials but in recent years have expanded into the food and drinks sector.

Mullaney and McCabe initially grew hundreds of acres for their first hemp business which unfortunately failed.

”We have grown a lot of hemp down through the years. Our hemp growing capacity has grown and shrunk and is growing once again,” Mullaney said.

Despite that initial setback, they have continued their interest in hemp building through Hempire, a company offering consultation and a variety of hemp building materials.

Their latest venture, Kama Hemp, began in 2013 after they juiced a small test plot of their organic hemp. Following positive feedback from those who sampled the juice, the couple decided to start a business. Since then demand for the product has grown steadily.

”This year we are harvesting about 70 acres,” Mullaney said. The local Supervalu, one of Ireland’s largest supermarket chains, recently started stocking their juice — a significant step towards getting their products in supermarkets across the country. 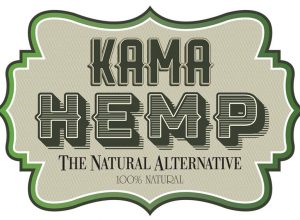 And it’s not just Irish consumers who are enjoying their organic hemp juice. “A big part of what we juice goes to the UK market, and we also supply juice for hemp lemonade in Germany, ” Mullaney said. “We are opening up new markets in both Mexico and the US,” she added, noting Kama recently received its first export licenses for both countries. There’s also been interest from Greece, Italy, Canada and elsewhere for their juice, Mullaney said.

The couple’s organic farm is located in the scenic surroundings of Clones in County Monaghan close to the Irish border. Growing organically is important to Kate and Marcus and evidently their customers.

”We have always grown organically, from our own garden to our previous horticultural businesses,” Mullaney said. “To be involved in healthy food products means, to provide the very best for your customers. Certified Organic is a must in our opinion”

Their companies also provide and support employment in a region of the country with comparatively high unemployment.

“We employ a small army of about 6-10 people during the harvest,” Mullaney said. The couple also work with a number of other farmers in their locality who grow contract hemp, while other individuals are employed from time to time for farming and harvesting . Likewise, their construction business also provides jobs in a number of areas.
Their couple’s success to date has also attracted interest from a number of domestic and international investors.

“We have walked away from a couple of offers and we are still waiting for the ideal investor,” Mullaney said.

And the couple say although they are in the industry almost two decades, in many ways this is just the beginning. “There is huge potential for hemp processing here in Ireland that has yet to be realized,” Mullaney said. “The hemp industry is in its infancy in Ireland.”

Still, both say there are difficulties facing the industry. “The biggest challenge to the industry is the lack of capital funding to efficiently process the crop,” Mullaney said. “As the industry grows perhaps facing this challenge will be easier.” 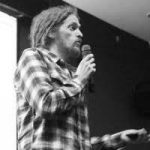 Meet the Author: Learn more about the burgeoning Irish hemp industry at Hemp 2020 as Brian Houlihan, Irish hemp activist and historian, will give a presentation on the history of hemp in Ireland and also on the current state of affairs.