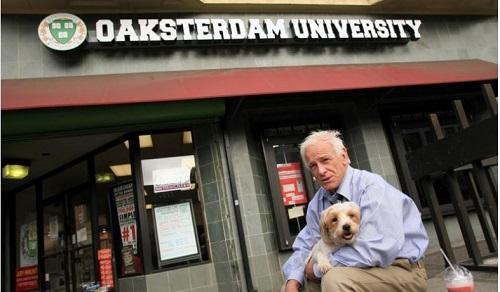 Dennis Peron, the cannabis activist who fired up the movement to legalize medical marijuana in California, died on Saturday in a San Francisco hospital. He was 72.

Also a prominent figure in San Francisco’s gay community, he was credited as a pioneer in recognizing the health benefits of pot during the height of the AIDS crisis in the 1980s.

“A man that changed the world,” was how his brother Jeffrey Peron remembered him on Facebook. “It is with a heavy heart that I announce the passing of my brother Dennis Peron.”

Peron, a friend of slain gay rights activist Harvey Milk, helped push through a San Francisco ordinance that allowed the use of medical marijuana.