Government ‘rigidity’ is barrier in Serbia, but fields expand

While the Serbian government is supporting hemp farmers with subsidies for things like fertilizer and fuel, a lack of flexibility on other key considerations is holding up development, said Igor Bogdanovic, a leading Serbian hemp figure and President at Konoopa, a fiber processor and technology developer. 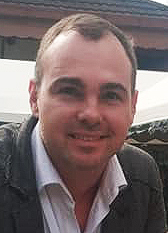 “The government itself is very rigid in regulating CBD and completely deaf to the tremendous evidence of the medicinal use of both CBD and THC,” Bogdanovic told HempToday.

Nonetheless, Bogdanovic said a few Canadian companies have imported or are about to import CO2 extraction technology, marking a shift in focus for hemp in Serbia.

“When hemp made its way back, farmers started growing it for grain,” Bogdanivic said. “This was before CBD was lucrative or even on the menu. The market is now shifting in that direction,” he added.

Hemp growing in Serbia started in the fifth century; it was grown near rivers during the middle ages up to the Nemanjic dynasty of the 12th century. Story has it that one of the first Serbian hemp processing factories opened in 1865 in a town called Futog and at the same time a market was created in a place called Odzaci (Chimneys) where 150 to 250 metric tones of hemp were sold weekly, Bogdanovic said.

Bogdanovic started Konoopa in 2015 and since then has been exploring new ways of processing hemp stalk.

“The great need for purifying hurd brought us into developing machinery that cleans it and grades it,” Bogdanovic said. “Since we started with no machinery, the trip was long. And it is still ongoing as we are looking at more efficient ways to approach processing.”

Bogdanovic believes hemp has a bright future in Serbia. Despite drawbacks from goverment misunderstanding about cannabis, it’s relatively easy to get a permit to grow hemp, according to Bogdanovic.

“Last year it was grown on a little over 300 hectares, however we are expecting a significant growth as shown in the previous 4 years.”

Bogdanovic notes there are two native Serbian varieties of hemp which were developed by national researchers. ”Last year our farmers have grown mostly domestic variety ‘Helena’; and a new one is coming up on the EU list which is called ‘Marina’ — and supposedly it is a queen of fiber as it bears 42% fiber.”

Bogdanovic’s firm, Konoopa was among those recognized in HempToday’s Entrepreneur Rewards program at the recent Asian Hemp Summit.