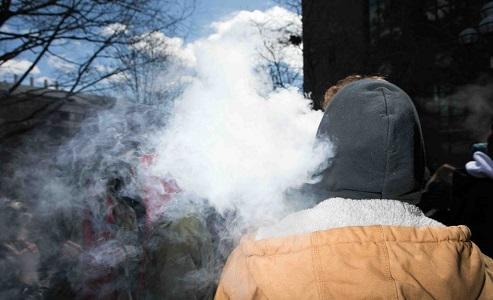 Gathered under clouds of weed smoke on the University of Michigan Diag, cannabis enthusiasts young and old passed joints and smoked bowls.

For two hours, the crowd cheered on speakers including politicians, professional athletes and leading marijuana legalization activists who issued a call for legalizing marijuana in Michigan.

Ann Arbor musician Laith Al-Saadi, who achieved fame as a finalist on NBC's "The Voice," played the national anthem on electric guitar to kick things off, after which speakers took the mic.