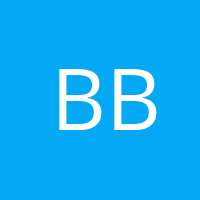 THE LEGAL STATUS OF CBD IN UK

The UK has decided recently to differentiate on a legal level between different chemical substances found in Cannabis which are called as Cannabinoids. Cannabis plant consists of at least 120 of these various chemical compounds along with over four hundred other chemical components. Of all these Cannabinoids, Cannabidiol also called as CBD has been in discussion for a decade now. CBD is different from other compounds regarding the fact that it is not psychoactive unlike THC. THC is the psychoactive cannabinoid the one that most people use to get high but Cannabidiol does not have this effect.

What is Cannabis Oil?

CBD oil is produced from any of the approved industrial Hemp strains and is easy to get as it does not cause any psychoactive effects on the consumers. Industrial hemp strains are obtained from cannabis and are distinctively inbred for many years for use in various industries. They contain exceptionally low levels of the psychoactive THC but produce CBD in small amounts.

Usually CBD oil is used in a more viscous and consistent form by diluting it with Hemp seed oil. It contains THC content of 0.2% at maximum which is almost negligible.

This oil tends to have some medicinal healing properties. It is known to relieve inflammation, pain and reduces anxiety. However, there are no researches or scientific studies to prove this point. Licences for CBD oil to be used as a medicine have not been granted yet, however, the products can still be sold as long as there are no claims about their medical benefits.

Legal implications regarding Cannabis and CBD:

Cannabis is considered as a controlled drug according to the classification by the Misuse of Drugs Act 1971. This law was followed by the Misuse of Drugs Regulations Act 2001 which puts it under Schedule 1. This means that it has been categorized as a substance which has no medicinal value. Although, according to Misuse of Drugs Act, all cannabinoids are controlled substances, however, CBD is not considered as such. In addition, CBD is also not included in the Psychoactive Substances Act 2016. For example, industrial hemp can be grown under licence in the United Kingdom. It is basically a strain of the cannabis plant which has very negligible amount of THC. However, it does contain Cannabidiol.

This law gave individual authorities the right to put Cannabidiol under the neutral classification showing that it is not thought of as a "controlled substance" by the concerned authorities, which makes it legal to sell, possess as well as consume.

All these legal reforms have made it possible for scientists and researchers to conduct experiments and research on Cannabidiol in the United Kingdom.Although CBD is a substance which is obtained from Cannabis, it is however hundred percent legal and is allowed to be sold, possessed and consumed. So, is CBD legal in the UK? Yes, it is.

Despite this, the sale of Cannabidiol or CBD as a medicine tends to remain very restrictive. According to the Medicines and Healthcare Products Regulatory Agency (MHRA) in 2016, CBD products need to be licenced if advertised for medical purposes.