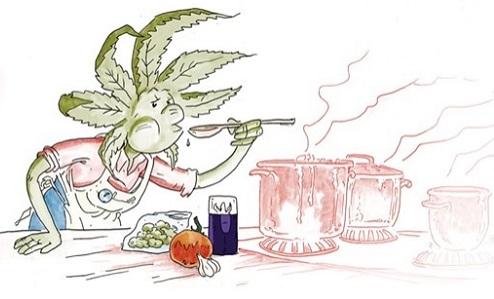 Marijuana cuisine has come a long way since the pot brownies of a generation or two past, when home cooks tossed butter melted with weed (sometimes including stems and seeds) into a recipe.

In the spring of 2014, Dave Weiner was a food judge for High Times magazine's Cannabis Cup in Denver.

Weiner, who lives near Stratton Mountain, received a kit with about 45 edible products containing cannabis and an app for recording his scores.

He had a week to judge the food — from sour gummies to pizza sauce, from Thai iced tea push-up pops to beef jerky — in categories including effect, flavor, packaging and product originality.

Original link
How India can become a global cannabis leader: Q&A...
US marijuana sales may reach $10 billion this year...